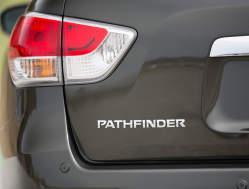 A busted relay in the Pathfinder's brake light switch can cause the brake lights to stay on after the driver releases the pedal. Seems like a quick way to make a lot of enemies on the road. Good news is that it's being recalled. The not-so-good news is the recall won't begin until March 1st.

Quick notes about this recall ∞